This example shows how to get the ZA6 Robot arm to draw SVG paths with the help of svgpathtools python library. This library has a collection of tools that you can use to deal with SVG paths.

The goal here is to give a script an SVG file and then it will command the robot arm to move based on the paths in that SVG file.

The links below will take you to the videos that show the robot in action. I added some images to act as thumbnails. 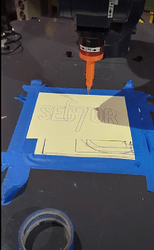 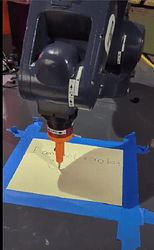 To get started you will need some SVG test files. I have some ready for you.
For some reason, the forum text editor didn’t allow me to upload SVG files so I just created sharable links for the files. The images you see are just png files that I uploaded(since that’s what the forum text editor accepted) to show what you will see in the SVG file but below them is the link to the actual SVG file. 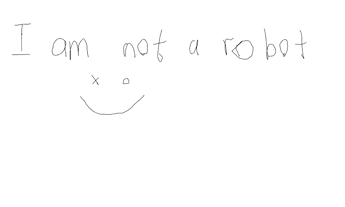 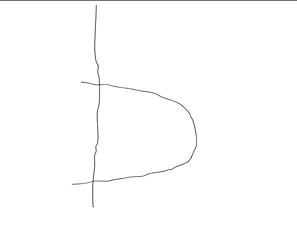 b.svg file link
If you plan on creating your own SVG files I highly recommend using Inksacpe. Also, use a 600x600px canvas in Inkscape or whatever software you plan to use. This will make sure that your paths are limited in a way that the robot arm won’t accidentally swing too far to harm you or anyone.

Once you have the file assets let’s get into the code.
I might have gone overboard with the code comments but it’s mainly for those that might not be familiar with Python or coding in general.

Sometimes you might want to preview the SVG file path pattern using the same code that will be run by the robot arm but without the need for the robot arm. So I wrote a separate piece of code that you can run right away on your computer before you transfer your files to the robot arm computer.

This code is similar to the one above but the only difference is that instead of the robotic arm we will be using pygame python library to create a canvas for us to draw our SVG paths.

This project was fun to do and there are a few things that I plan to improve in the future. These things include; a pen holder, and using a camera hooked up directly to the robotic arm computer.

If anyone beats me to these goals please let me know, I would like to see your approach

@Sadiq_Wanyaka WOW! This is really neat - thank you so much for posting the project and the example code.

All in an automated script? That’s really neat. I can’t wait to see it in action (video would be awesome

Thanks.
And yes, that’s the workflow I plan to use.

I just came across this - super cool project. A friend did something similar with an earlier generation robot prototype in a shared space. We ended up using a spring loaded pen. It was one of those click to open pens that has a built in spring. We used a couple of set screws to hold the spring in the correct location, and relied on the rest of the pen mechanism to apply the appropriate pressure. It took a little fiddling the first time, but once it was dialed, it worked great!

Here’s a little photo of the hack: 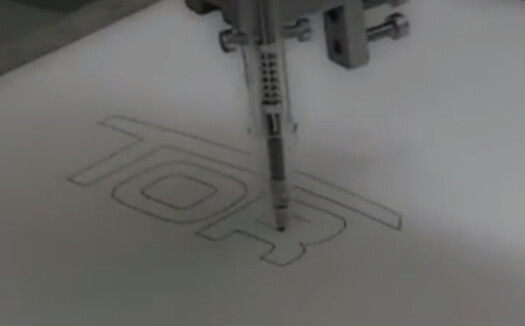 Wow, that’s really neat. I had a similar idea when I was starting out but then I dropped it thinking the spring in the pen is too small and short. If you guys got it to work that gives me hope.

I have some questions about this. 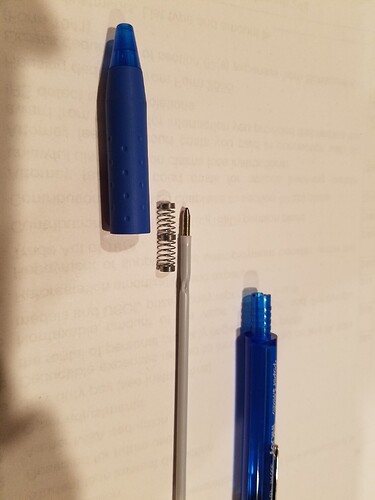 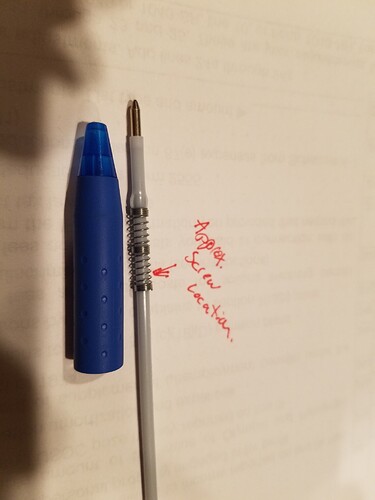 @Sadiq_Wanyaka great work! I checked with our dev team and they have updated the forums to allow for SVG I downloaded and am uploading your test.svg here:

Thanks a lot, I will also update this post to have them embedded directly.

So one issue I noticed when I set up a user frame on the robot is that the frame has an incline on the y-axis.
when it’s close to zero on the y-axis the height is normal but as I go away from zero into the positives the height goes up slightly on the z-axis. With this issue, I have crashed a lot of pens. If I get this issue figured out this idea works.

I used a mechanical pencil for this, and after trying it I immediately learned how fragile the pencil casing was

. I definitely need a few things figured out:

@Sadiq_Wanyaka A couple of thoughts:

). Mastering is the process by which the angles of the joints are properly set so that software matches the physical hardware. It’s kind of like referencing a CNC machine or 3D printer when you move the machine to its reference or limit switches - it establishes a home position. With the ZA6, you can get close by aligning the physical notches in the joints, but when we master robots at Tormach we use a digital inclinometer and a touch probe to correctly and accurately master the robot. A robot that’s not mastered well will exhibit the behavior you describe. Remastering the robot would likely fix the Z height change with respect to Y.

Alternately, you could create a user frame using the 3 or four point method (Tormach ZA6 Robot | Training a User Frame - YouTube). Done properly you might still see a little Z drift (because of the mastering) but likely not so much that it would cause issues.

Ooh, that makes sense. I mainly use the 3-point method to create my user frame, next time I will experiment with 4 point method.