Some forum users may remember the Welding experiments with the ZA6 post. I thought I’d provide an update now that the customer is up and running:

After a few teething troubles they are now consistently making good parts. The issues we ran into ranged from mundane to interesting:

This whole process was fairly easy because the pieces they are welding are so simple - two small welds on either side of a threaded hole: 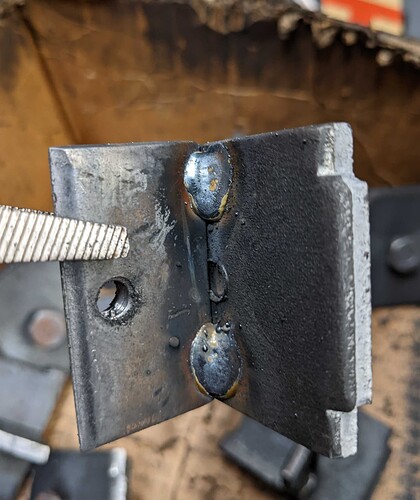 Their next steps include:

Eventually I think that the customer may want to invest in a robot-specific torch, but for now the manual torch hose-clamped to an aluminum bar is doing the trick.