A new customer (arimorales.com) received his ZA6 last week and set it up for film. Here is a quick video he sent me of the results, all paths programmed in conversational:

In testing internally we were worried that vibration (especially from J2) would show up in the video, but Ari mentioned that the ZA6 was quite smooth relative to other robots he’s used in film, and that J2 is always the joint with the worst vibration.

Next steps - we’ll try to program some paths with Maya/Mimic, and try movec() commands to ‘orbit’ a subject with the camera.

Here’s a photo of the setup: 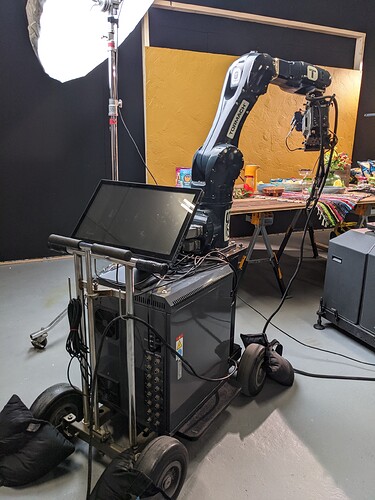