Path pilot shows multiple starts and stops on flat work. Instead of test firing once and following patters, it stops every time it moves to new location, then refires causing a large hole then starts to cut new piece.

Where did you generate your code? Or, was it an imported DXF?

Brought in DXF from Coreldraw.

Tormach Technical Support I would submit that DXF into a case. We certainly could take a look in our virtual machine.

Do you have that issue with multiple DXFs, or just this one? Any issue with conversational shapes?

every time it wants to move to a new cut, it raises up, goes to new location, test blasts, then starts to cut.

I would strongly suggest making a ticket on this, so we can dive into this a little deeper. Any files and images you can provide the tech support team would be greatly appreciated.

I have. They didn’t even know the machine.

Could you expand on this a bit more? I had a case with you myself previously, and fixed some issues with a beta version of PathPilot, yes?

If you are nesting multiple parts, in between each part, it will raise up, probe if needed, and then fire to pierce. If you are getting material blow out from the pierce, using cam, you can add in lead in for your parts, avoiding this issue. However, if you are seeing something different, a case with a video would likely be the best path forward.

if its a flat piece of work why raise up and not continue cut with just x,y movements.

I would love to help you out here, but without seeing your DXF, it is extremely difficult to discern what issue you are having. If you, for instance, are cutting a single square, the torch should probe, pierce once, and profile the square. If not, there is likely something wrong with the DXF. If you are talking about transition between two nested items, that is different.

You can also change how often the torch probes, if you have flat stock, by increasing the Minimum Touchoff Spacing field in the settings tab.

What is your email and I’ll send a video and the files.

@cushmaca - sorry we missed your reply a few days ago on this thread. I see you posted that DXF.

I loaded it and ran it and the way it behaved was exactly as I expected it to behave. 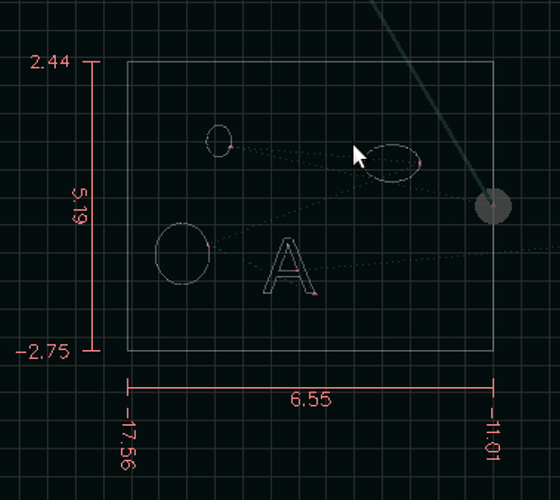 It probes the workpiece (using either ohmic probing or microswitch touchoff, explained in this video) before starting every new shape. I think that this is what you’re asking about when you say “if its a flat piece of work why raise up and not continue cut with just x,y movements.”

If you don’t like this, it’s easy to to change on the settings tab by entering a larger value in the Minimum Touchoff Spacing DRO (see page 46 of our user manual for details). 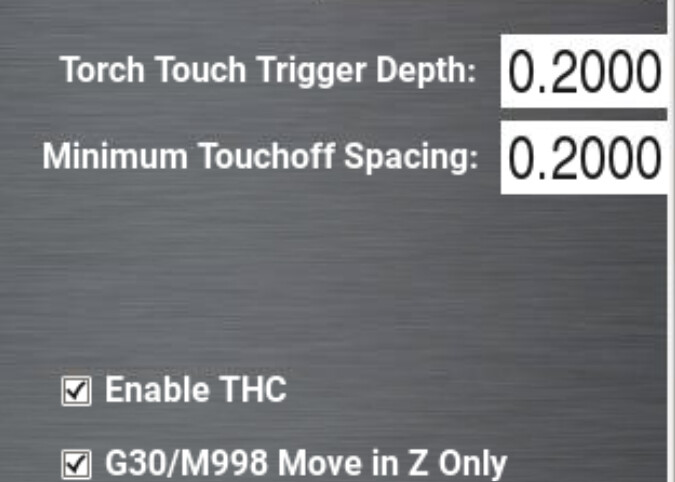 If you mean instead "why doesn’t it just keep cutting between the shapes" the answer is that it hasn’t been programmed to do so. Our DXF import utility doesn’t know whether you want to keep the shapes themselves or the material from which the shapes were cut (which is more common in sign-making like. this post). If you wanted the latter, you’d end up with a bunch of nasty cuts through your finished part and you’d be spending a lot more in consumables. If you only want the inside bits, and you want it to keep cutting, you’ll need to use CAD/CAM to create the toolpaths.