Making a few organizers for the garage

I’ve been on a bit of an organization kick for the past few weeks, and also wanted to get more familiar with the plasma, so last week I took a day to knock out both of those with one stone. I found a few designs I liked for a Milwaukee battery and driver holder, extension cord holder, paint can holder, and small shelf for a Milwaukee battery holder on Etsy and drew up versions that fit the size I need. In the main garage I have a pegboard sheet (we’ll skip my rant on pegboard for now) and in the shop I have 24" Edsal shelves so included mounting holes to match both patterns. I posted about making the buttons for the Edsal shelves in the lathe section if you’re interested. 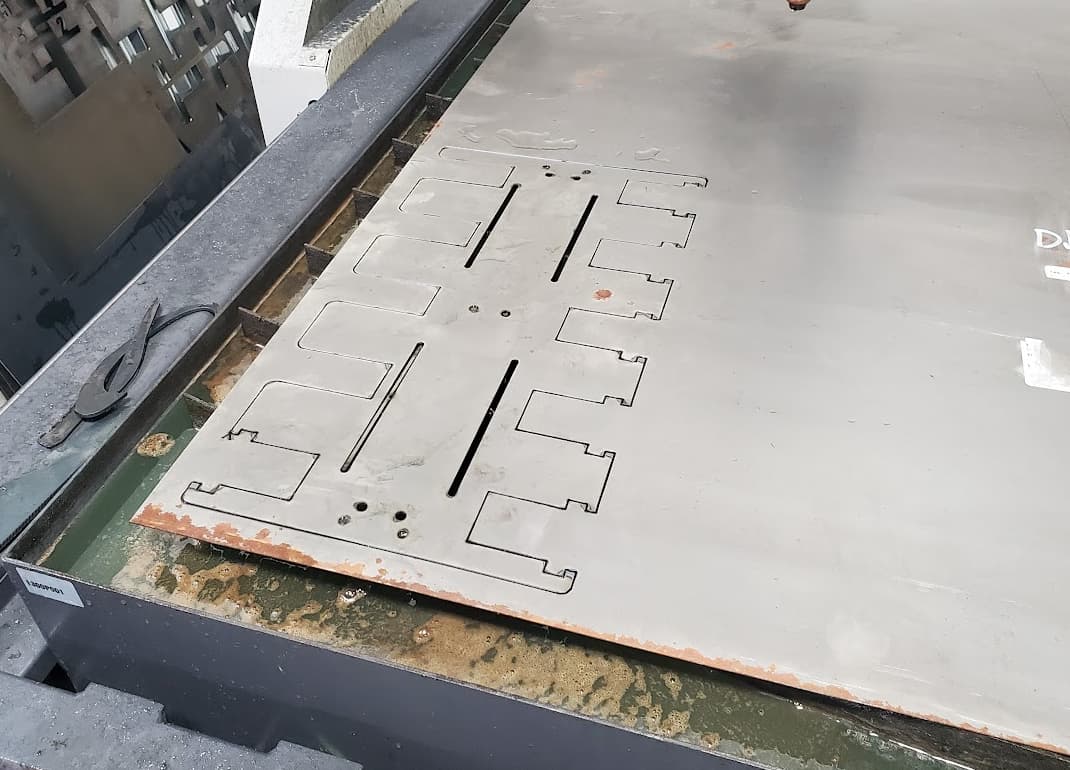 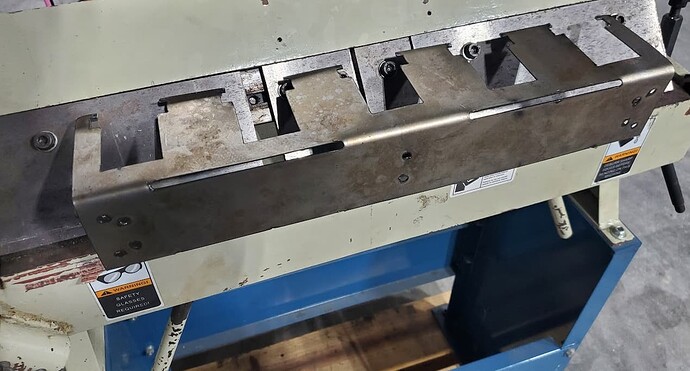 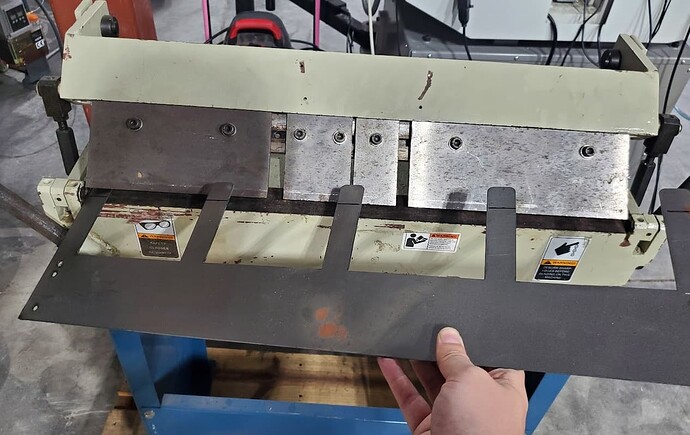 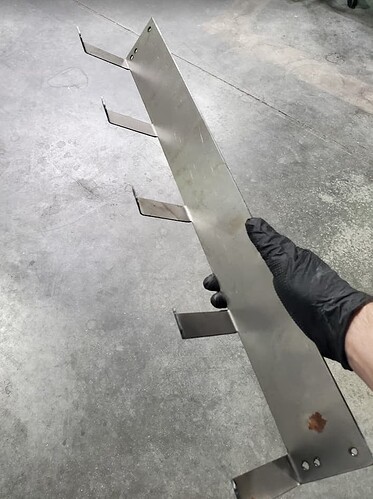 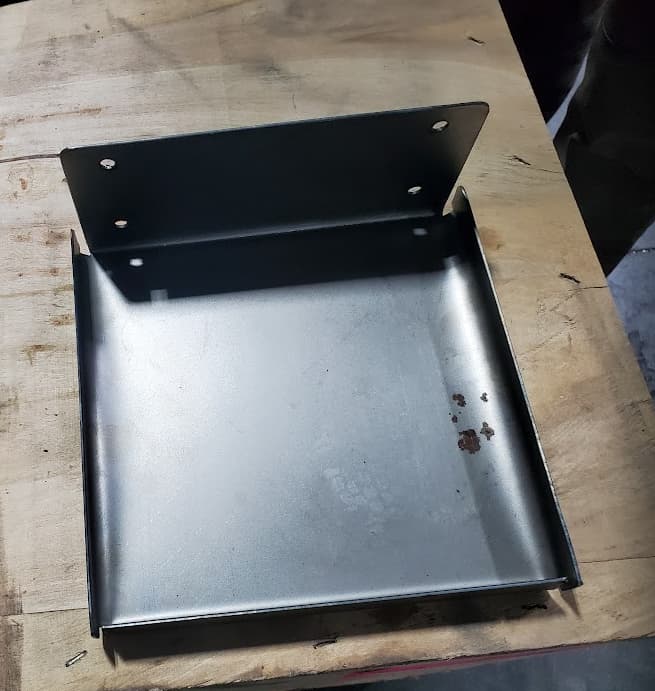 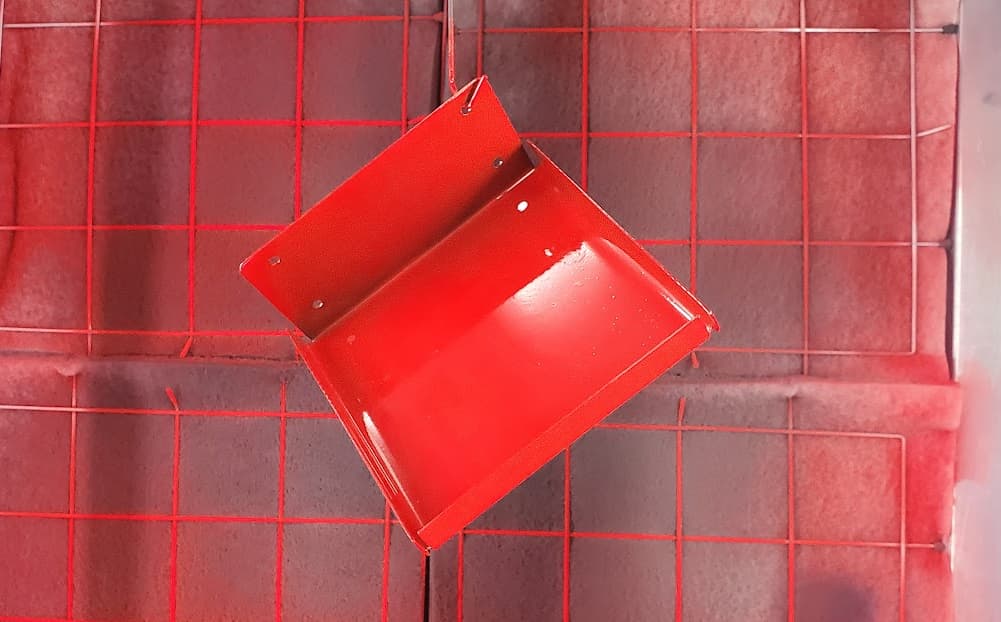 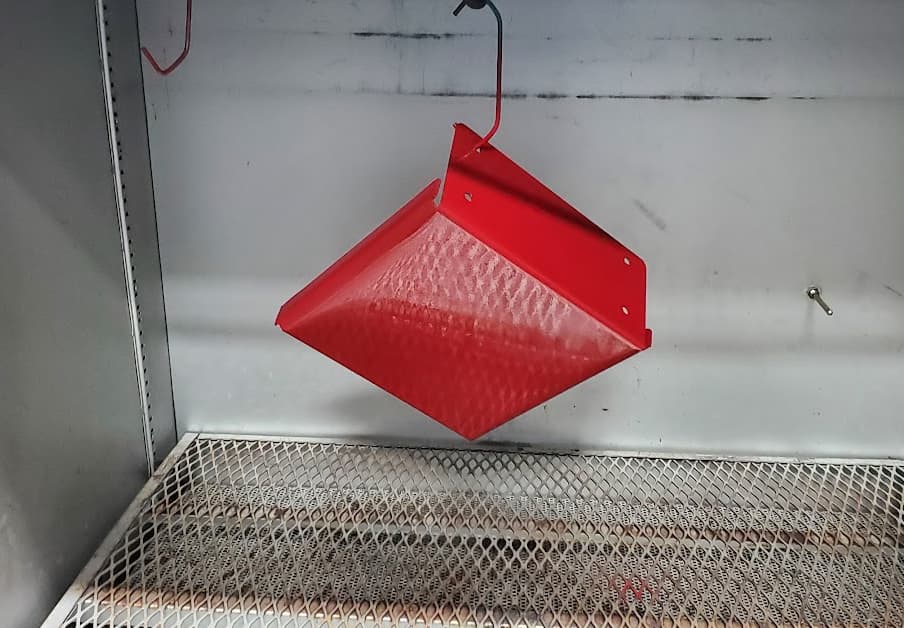 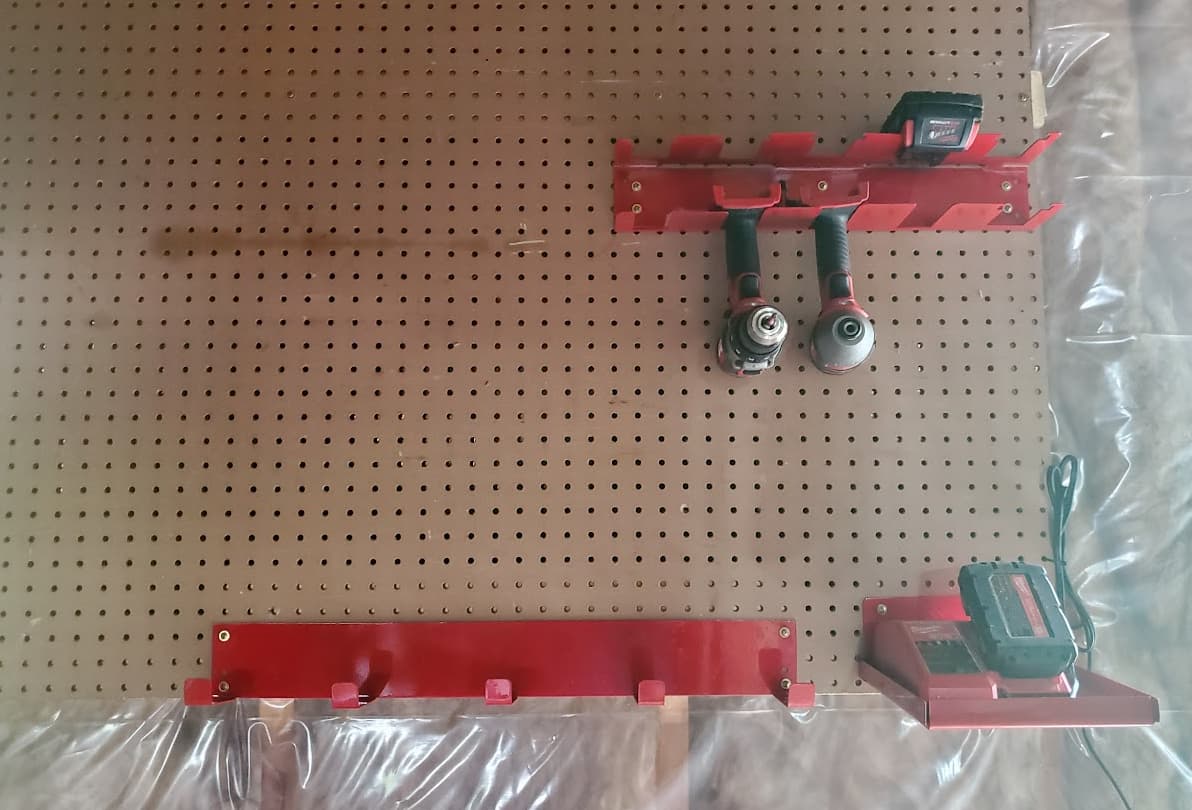 I ended up lowering the placement of the battery drill holder a couple of inches from this photo. 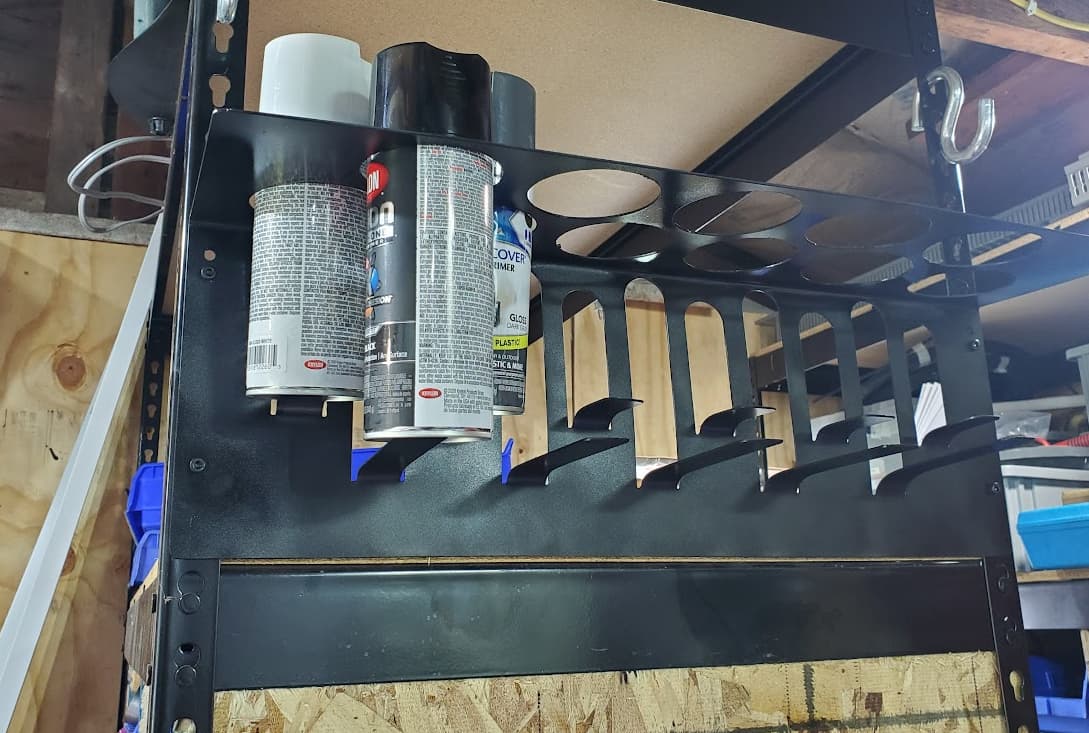 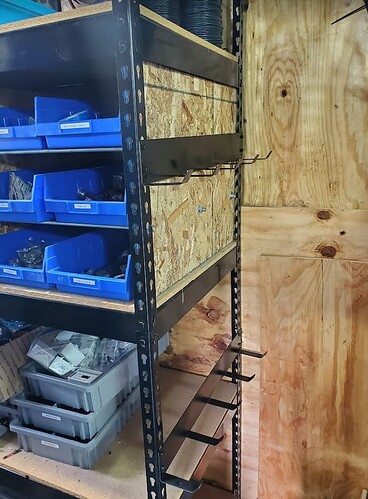 You might think “why make those buttons, just use a screw and a nut”, but you can see why here. Stage 1 of my organization kick has been to make these bin racks with threaded rod and plywood and they cut off access to the back of the angle iron. The buttons allow me to just drop the organizer in like the shelf pieces.

A few lessons learned on this project, I was initially worried about the weight of the batteries and drivers since I used 16 ga on every piece. However, at least initially that doesn’t seem to be an issue for the batteries. However, I do see more flex than I like from the extension cord holders and on the Edsal shelves having 20" of unsupported length is a bit bendy. They’re certainly functional, but if I make any more I’ll use 14 ga at least.

If you’d like to add similar organizers to your shop or garage, the paint can organizer idea I got from a single row version from LNJCanadianDesigns on Etsy and the battery/driver holder from JBToolHolders. 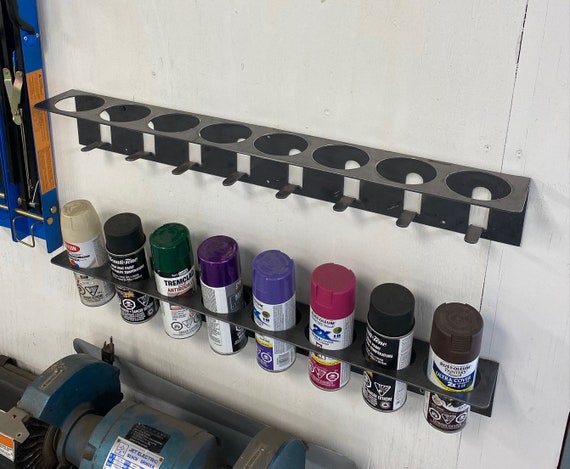 This Garage Storage item by LNJCanadianDesigns has 52 favorites from Etsy shoppers. Ships from United States. Listed on Jul 30, 2022 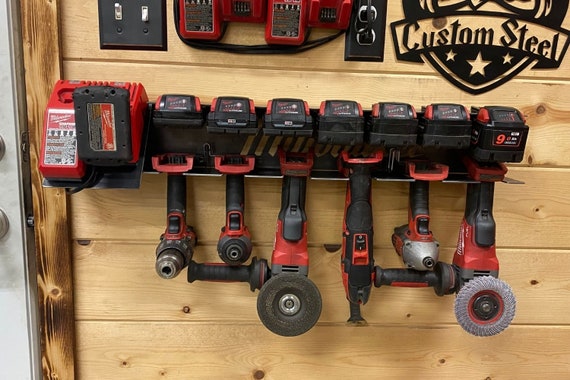 This Garage Storage item by JBToolHolders has 255 favorites from Etsy shoppers. Ships from Dixon, IL. Listed on Aug 11, 2022

I had no idea I ‘needed’ a plasma cutter until this post - organizational things are one of my many loves. As someone who tries to cram the max amount of stuff into a space as possible, I love the idea of hanging all the drills with solid steel racks, this seems far more sturdy than my peg board pegs!!