A small project to make some buttons

These are tied into a plasma project that I’ll post about as well, but I needed about 30 or 40 buttons to hook some organizers to Edsal shelves (the ones with the teardrop cutouts in angle iron) so I whipped up a quick part and had my first go at lathe CAM. I happened to have a ton of 5/8" 1018 from a friend’s project, which was the perfect size.

For being quite simple, these parts gave me quite a bit of trouble, the length of the small shoulder (the critical dimension, of course) was varying all over the place between .05" and the programmed .1". I could not figure out what was going on, I thought maybe I had CAM’d the part incorrectly since it was the first time using it. I was also ganging 3 parts into one program, so I spent over a couple of hours going over every line there and also stopping the program after each part and measuring to see if the problem was only on the first (it was not). Flipping the insert to a new corner, reducing the facing speeds and feeds, nothing had a meaningful change. After a few hours of messing with everything I could think of I phoned a friend who suggested that the bar was moving after about 10 minutes of running through everything together. I’d had a 5C mounted 3 jaw chuck that I was using to clamp the parts with and as soon as I mentioned the chuck he lasered in on that, since he’s had issues with his before. The chuck wrench is very small and doesn’t allow you to tighten the jaws down a huge amount, in his experience. I was a bit hesitant, since a bar moving in a chuck isn’t something I’d ever experienced before, but I was willing to make any change at that point. On the D1-4 chuck went, and he was right, not a single issue with the length of the shoulder after that. Moral of the story, if you hit a wall, phoning a friend is always helpful. 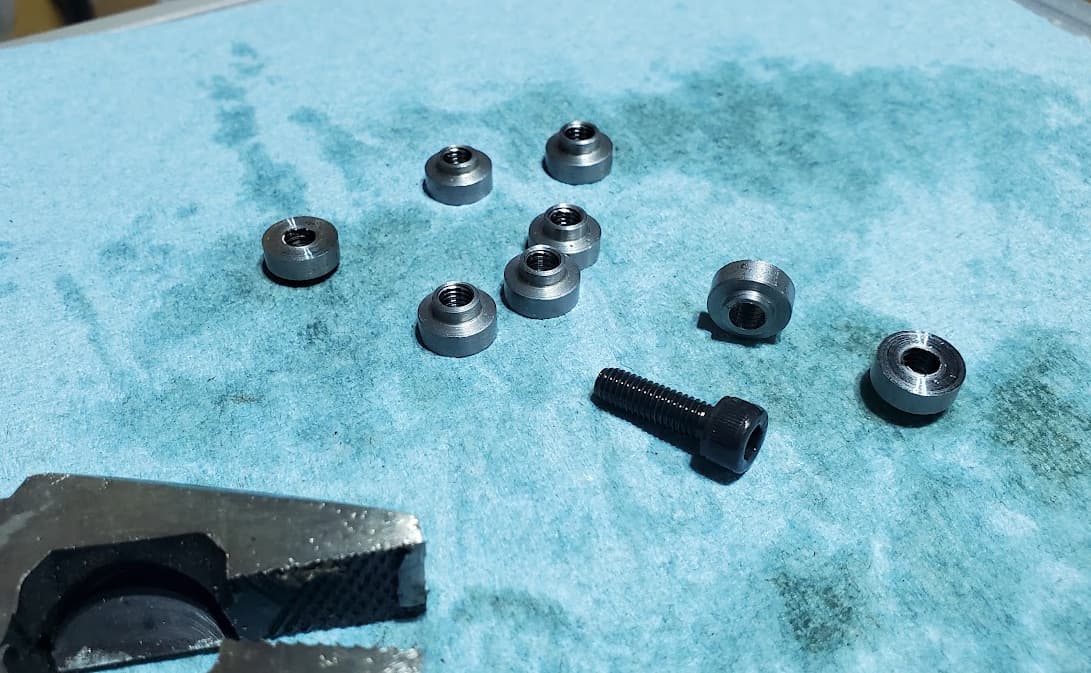